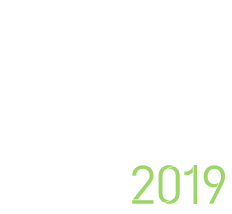 Recollecting the past, the Panda Club first started to organize the event in 1981 under the partial sponsorship by various business organizations and social personnel's support.  With a heart of enthusiasm and devotion, has linked up Macao, Taipa and Coloane for the first edition of Macao International Marathon.  Achieving the Macao marathon's historical pioneering work and filled the yet developed marathon.  That year, the response was ardent, participants' age ranged from the eldest of fifty three to the youngest of twelve years old, with a total of over four hundred athletes.  Amongst them more than two hundred came from around the world especially for this event.  At that time, the competition has attracted the residents along the course to stay around and cheered for the athletes.  The competition was in vogue and profoundly influential, which has set-up a model for the future in organizing large-scale international sports events in Macao.

Macao International Marathon at the early stage has successively obtains many government departments' support in organization.  Until 1987 the event was took over directly by the newly established Macau Athletic Association that has organized the local track and field meets.  Whilst obtained the full support of Macao Sport Development Board that was established the same year (the Macau Sport Institute before the establishment of Macau Special Administrative Region).  In 1990, the association has even successfully joined the Association of International Marathons and Road Races (AIMS).  This association verified and approved the Macao's race course and the official approval of the marathon competition held in Macao.  From this year onward, also established a new look of the co-organization of international marathon between government and association, bringing the sports event to a new level.

Speaking of history, over thirty years is only a glimpse of beauty, but to the growing of an event is an endless experience.  Macao International Marathon has grown sturdily, the race course becoming better and approaching perfection day by day.  The organization works smoothly and splendidly, with the scale unceasingly expands.  Except in 1997, due to the opening of the Macau Stadium, the marathon has suspended for the half marathon.  However, in the following year, both the marathon and also the half marathon have returned and even join in the mini marathon, to cater for different age and physical strength athlete.

Macao International Marathon has developed every year and each year attracts hundreds of local, cities nearby and top long-distance runners from around the world to participate.  The presence of these international well-known long-distance runners adds luster to the Macao sport enterprise.  Besides established a good image in the international sports world, has also won the international prestige.  Until 2004, the event was again being title-sponsored and for three consecutive years, which was the first time ever before there was a title sponsor some years back.  This event has further increased its international competitive power by setting up the prize money for the female runners in the same year.

History flows in the rolling sea.  In the years ahead, to establish in Macao and look forward to the future, hoping the blooming Macao International Marathon will greet the future with an exalted passion and firmer confidence to meet the challenge.  Also to create a broader accomplishment, by striding forward for a more magnificent path and glow with a gorgeous brilliance.